Air travel is one of the fastest growing modes of travel in the world and its showing no signs of slowing down. In the past 10 years, the number of yearly passengers has grown from 1.4 billion to 3.9 billion with it projected to grow to 8.2 billion by 2037, according to statistics from the International Civil Aviation Organization.

With more people flying more often and further than ever before in quicker times than ever seen, jet lag continues to be a topic of discussion and problem for many travelers.

We’ve partnered up with Tuck to help you solve your Jet Lag problem and stay ahead of it on your next trip whether it’s across two time zones or twenty. Keep reading to see if our tips are backed up by science!

What is Jet Lag?

Most people are familiar with jet lag and most have suffered from it.

About a third of people experience jet lag to a minimal extent, while another third experience more extreme symptoms. Common symptoms of jet lag include:

In general, symptoms are worse the more time zones you cross. The old saying stands true, “East is a beast and west is best.” Traveling from west to east tends to result in increased difficulty falling asleep while traveling east to west results in difficulty maintaining sleep.

An interesting fact that I learned on Tuck, was that “morning people” are more affected than “night owls.” In addition, those over the age of 50 along with frequent business travelers and flight crew are more susceptible.

How to Reduce Jet Lag Symptoms:

Over my year of aggressive international travel, often covering multiple time zones in one trip, I’ve developed my own list of ways to prevent Jet lag before, during and after the trip.

You're Suffering From Jet Lag, Now What?

You made it to your destination but you’re feeling fatigued, having a hard time sleeping, and more irritable. Don’t worry, it’s all temporary while your body adjusts. This process usually takes 2-3 days. Here’s some tips from Tuck on how to recover from Jet lag:

Jet lag can be an intimidating reason for many to avoid big international travel. It can also be a big reason why you lose a day traveling to “catch up.”

Hopefully, through my tips and advice from Tuck, you can stay ahead of jet lag on your upcoming trip. Visit Tuck for more information regarding travel sleep, sleeping tips for home, and other sleep resources.

What tips do you have for jet lag? Share below! 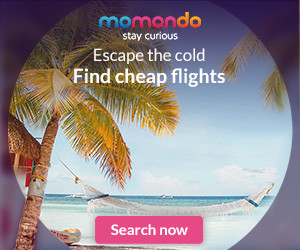